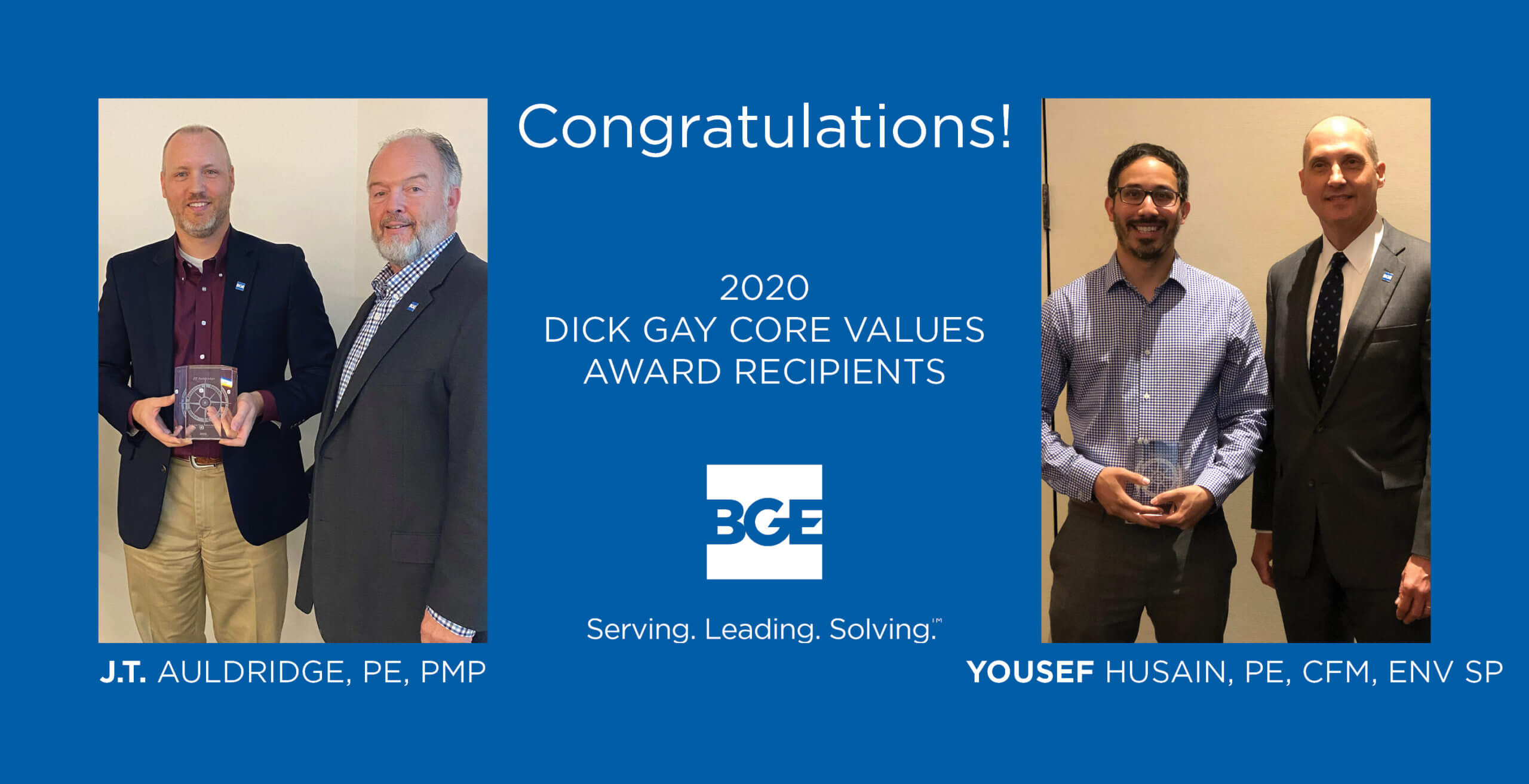 The award is presented to BGE employees who embody the core values of the firm: integrity, commitment, respect and excellent reputation. This is the first year two recipients were selected, which expands the possibility of recognizing more of BGE’s outstanding employees.

Auldridge is a Senior Project Manager in the North Texas Public Works Department, and he has been with BGE for 11 years. He received his bachelor’s degree in civil engineering from Texas A&M University. His peers highlight his leadership and decision making.

Husain is a Project Manager in the Houston region Public Works Department. He has been with BGE since 2006 and has exhibited a continued commitment to excellence. His colleagues highlight his technical expertise and willingness to help. He received his bachelor’s degree in civil engineering from The University of Texas.