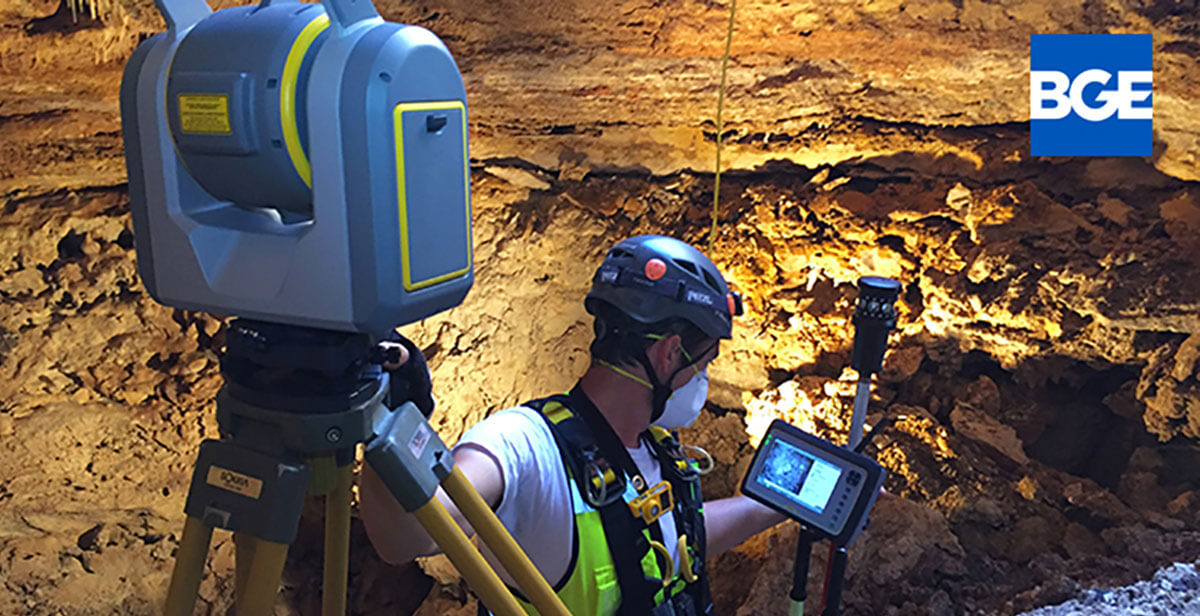 Cambria Cave is a 200-foot-long cave that extends under two homes in a subdivision in Williamson County, Texas. The cave was discovered during a response to a broken water pipe that caused a sinkhole in a roadway. The cave presented various concerns to the county and residents of the community, including the safety of homes, preservation of the cave and the need to repair the roadway.

BGE performed a 3-D survey of the cave to capture the cave’s dimensions. The team utilized a GPS virtual reference station (VRS) network to establish five control points within the two larger chambers of the cave. 3-D mapping was performed with a Trimble SX10 to combine imagery with thousands of LiDAR data points.

BGE’s efforts provided the county not only with useful information to repair the roadway, but also a unique view from inside the cave that few people would be able to see otherwise.

BGE’s submittal will be entered into the national competition in the coming weeks.