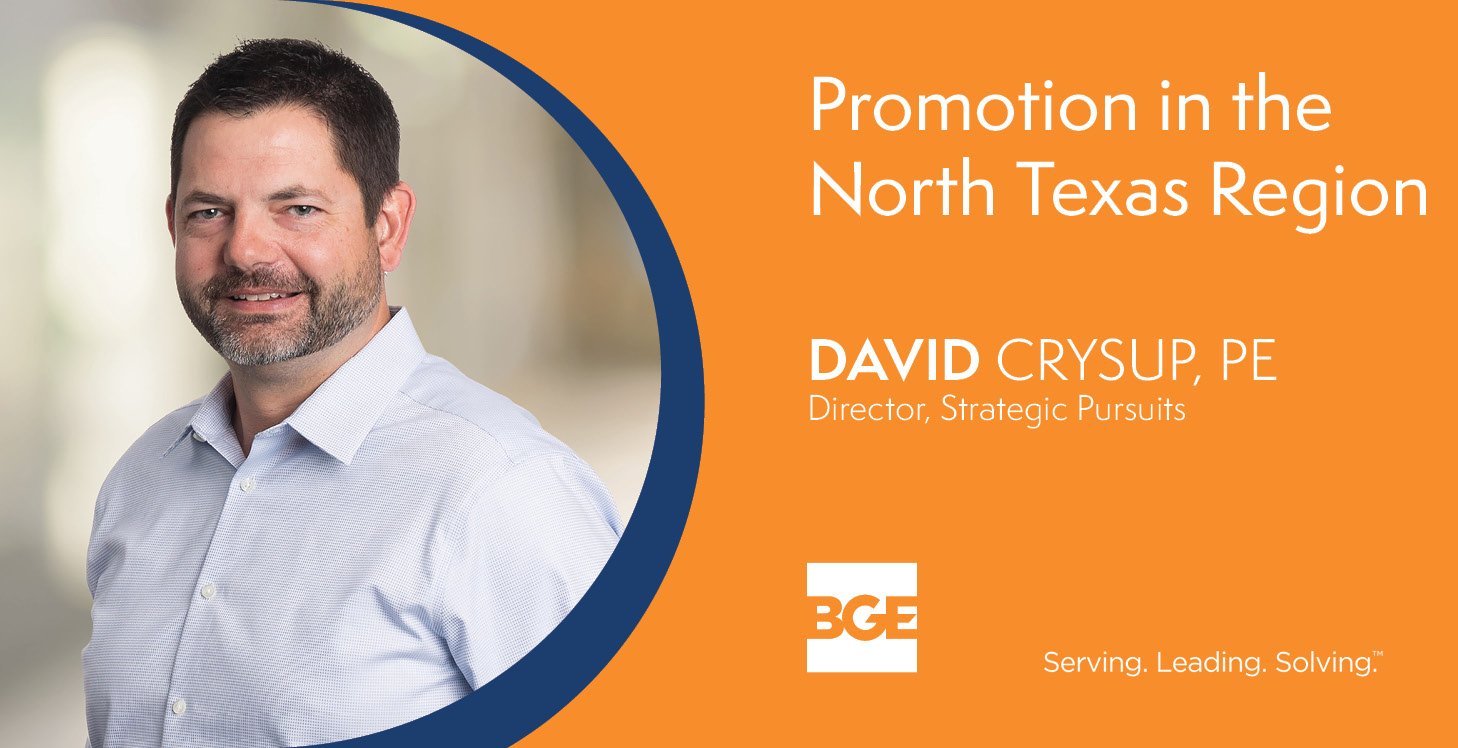 BGE, Inc. announced today that David Crysup, PE, has been promoted to Director of Strategic Pursuits in the firm’s North Texas region, focusing on growth in the region.

Crysup has over 20 years of experience, primarily in program management for major corridors and as a design engineer and project manager for bridge and interchange design projects in Texas. He joined BGE in 2013 and his representative project experience includes IH 35E Managed Lanes in Dallas and Denton Counties; SH 360 Tollway South in Tarrant County; Grand Parkway Segments H & I in Houston; SH 249 Extension in Montgomery and Grimes Counties; and the Southeast Connector in Tarrant County.

“David has demonstrated continued excellence in business positioning, strategy, relationship development, project proposals and interview preparation within our transportation practice,” said Doug Dillon, North Texas region operational leader. “It was time for us to expand his role so that he can bring that same value to other departments throughout the region and the company.”

A licensed professional engineer in Texas, Crysup received a Bachelor of Science in Civil Engineering from The University of Texas at Austin and a Master of Business Administration from the University of Dallas. He is a 2012 graduate of the Leadership Frisco program and is heavily involved in the North Texas Tollway Authority’s Relationship and Opportunities Advancing Diversity (ROAD) Program.