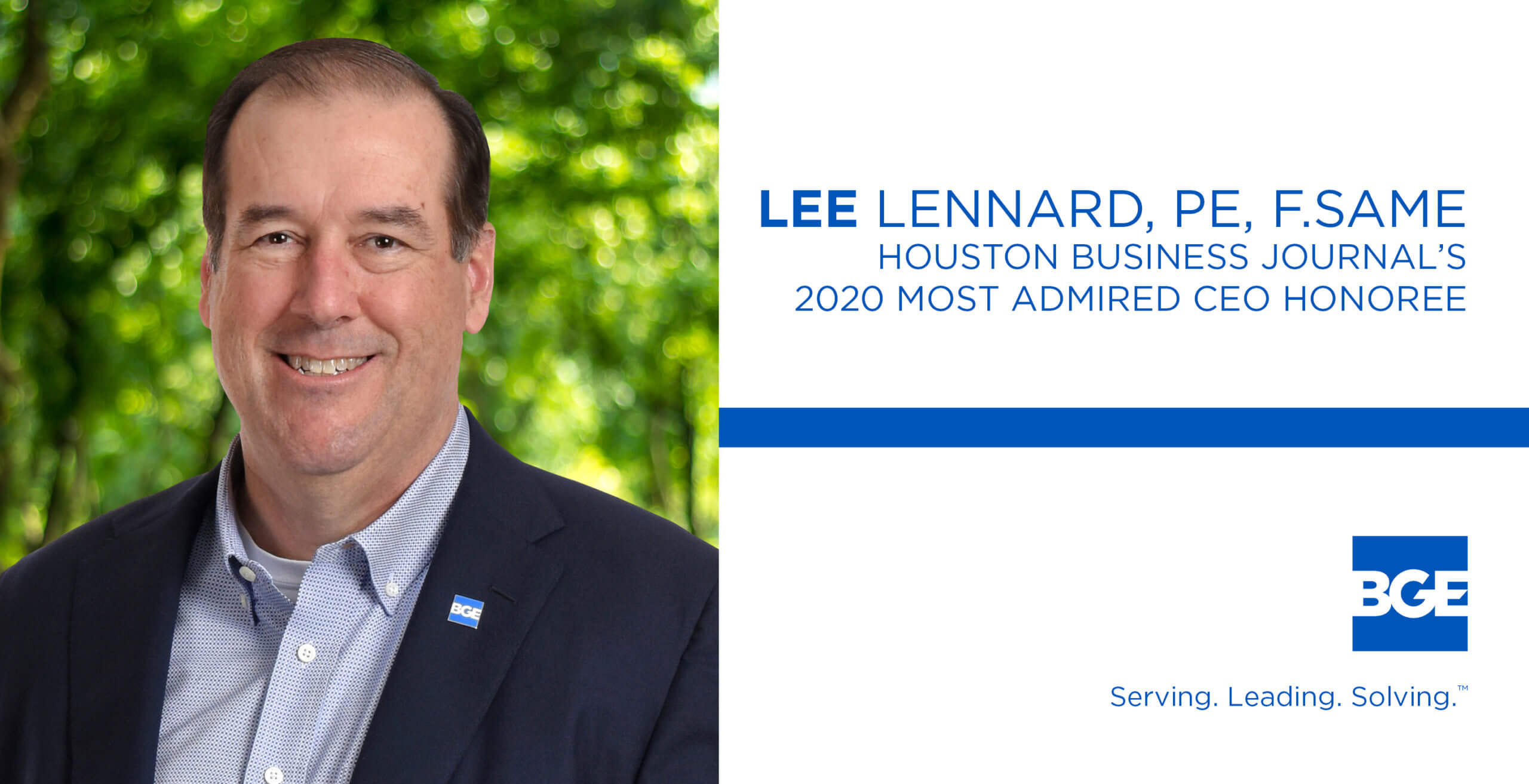 The Houston Business Journal (HBJ) recently announced its list of Most Admired CEOs for 2020. Among the honorees is BGE President and CEO Lee Lennard. Finalists are selected by a panel of HBJ judges who look for characteristics such as contribution to company success, civic involvement, career achievement and more.

Under Lennard’s leadership, BGE has experienced immense success and growth. During his tenure, the firm has grown by 150 percent in the number of employees and 162 percent in net billings over the last five years. BGE has also opened multiple new offices across the southeast United States and has consistently climbed the Engineering News-Record’s Top 500 Design Firms list.

He has also been instrumental in the community throughout his professional career by actively serving on numerous committees and task forces focused on key infrastructure initiatives that protect the health, safety and welfare of the public.

“It is certainly an honor to be recognized alongside such a prestigious list of Houston CEOs,” Lennard said. “This award is a reflection of the high-performance team we have at BGE.”

Lennard and other honorees will be recognized at a virtual event on Aug. 20 from 2-3 p.m. and in a special section of HBJ’s Aug. 21 weekly edition. Click here for more details.