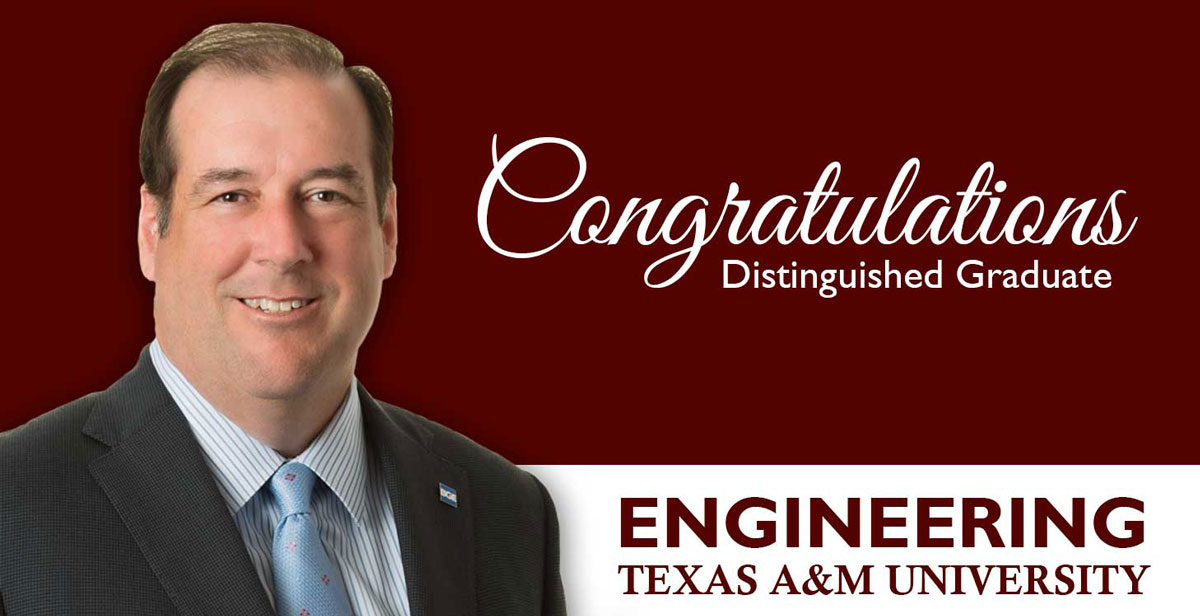 BGE, Inc. announced today that President and CEO Lee Lennard has been named a Distinguished Graduate of the Zachry Department of Civil Engineering at Texas A&M University.

Lennard, Class of ’86, will receive this honor at the school’s Distinguished Graduate Award Banquet at Texas A&M University in November.

First presented in 2000, this award recognizes an outstanding former student who has excelled in the profession of civil engineering. BGE Founder and TAMU graduate Pat Brown has also received this honor.

Lennard has more than 30 years of civil consulting engineering experience covering the full range of project development. He joined BGE, Inc. in 2000 as a Senior Project Manager in Public Works, specializing in hydraulics and hydrology. He was promoted in 2008 to serve as Director and was elected to the Board of Directors. He became President/CEO of BGE in early 2014.

He is a recognized expert in flood control issues and is often asked to lend his expertise and leadership to various public policy discussions in the Houston region.

As President and CEO, Lennard has guided BGE to become one of the premier engineering firms in the nation.

Outside of his professional career, Lennard is active in many civic and charitable endeavors. He and his wife and children make their home in Katy, Texas.