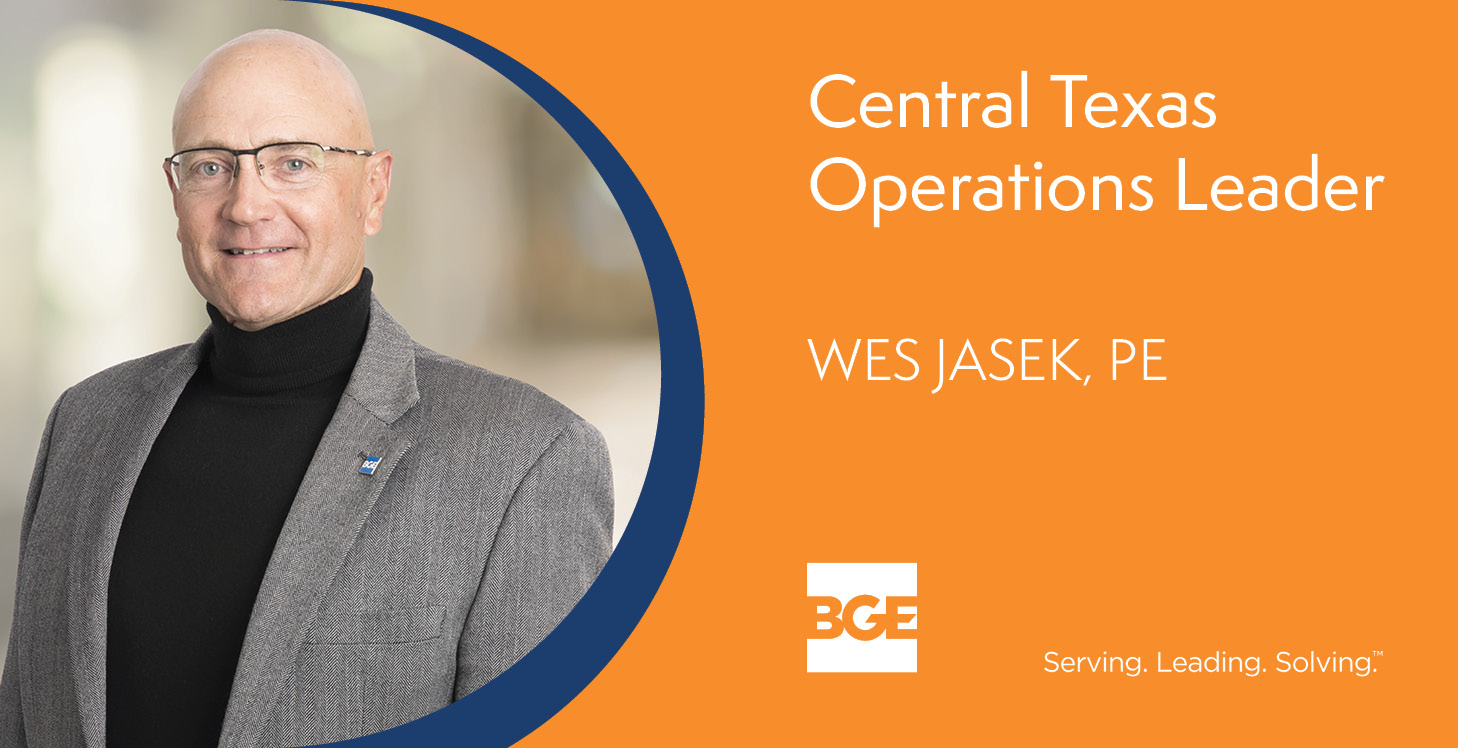 BGE, Inc. announced today that Wes Jasek, PE has been named Central Texas Operations Leader, overseeing the firm’s offices in Austin, San Antonio and Yoakum. In this role, he will focus on operations and growth within the region, as well as key strategic initiatives within the company.

Jasek joined BGE in 2009 as a senior project manager, focusing on transportation-related projects. Areas of expertise include the planning and design of new urban and rural facilities; the widening, rehabilitation and reconstruction of existing urban and rural roadways and highway appurtenances; hydrologic studies and hydraulic design/analysis; and material selection, constructability and construction management. He has been instrumental in establishing the firm’s presence in Central Texas and became a Shareholder in 2014.

“Over the course of his career, Wes has served in various management and leadership positions in both the private and public sectors,” said BGE President and CEO Lee Lennard. “We are fortunate to have him in Central Texas, and I look forward to seeing what will be accomplished under his leadership.”

As part of a planned leadership transition, Jasek assumes the role from Rob Harris, PE, who held the position for five years. Harris continues his service to BGE by focusing on business development, external client and agency relationships, mentoring, and growing and branding the firm.

A licensed professional engineer in Texas, Jasek received a Bachelor of Science in Civil Engineering from Texas A&M University. He is a member of the American Society of Civil Engineers.