I really enjoy stumbling across little pieces of history in my job. Every aged item we find reminds me just how far we’ve come and how different the world is today. Since joining BGE, my colleagues and I have found several interesting artifacts across the United States, and I’m excited to share a few with you!

While performing a shovel test during a pipeline survey in Houston, we came across one of our more historical finds to date. First, let me provide context. In 1890, a man named Lundsford Richardson began experimenting with medical remedies, one of which he referred to as a “magic salve.” By 1905, he only sold and distributed the product in Greensboro, North Carolina.

In 1917, Lundsford’s son mailed approximately five million small sample bottles across the country just before the 1918 Spanish Flu pandemic. Following the outbreak in February that year, the remedy became a household name partly due to the sample bottles. Today, we know the remedy as Vicks VapoRub. Headlines post-Spanish Flu proclaimed it “the little blue bottle that saved America.” To the right is a picture of one of those bottles we recovered at the site. 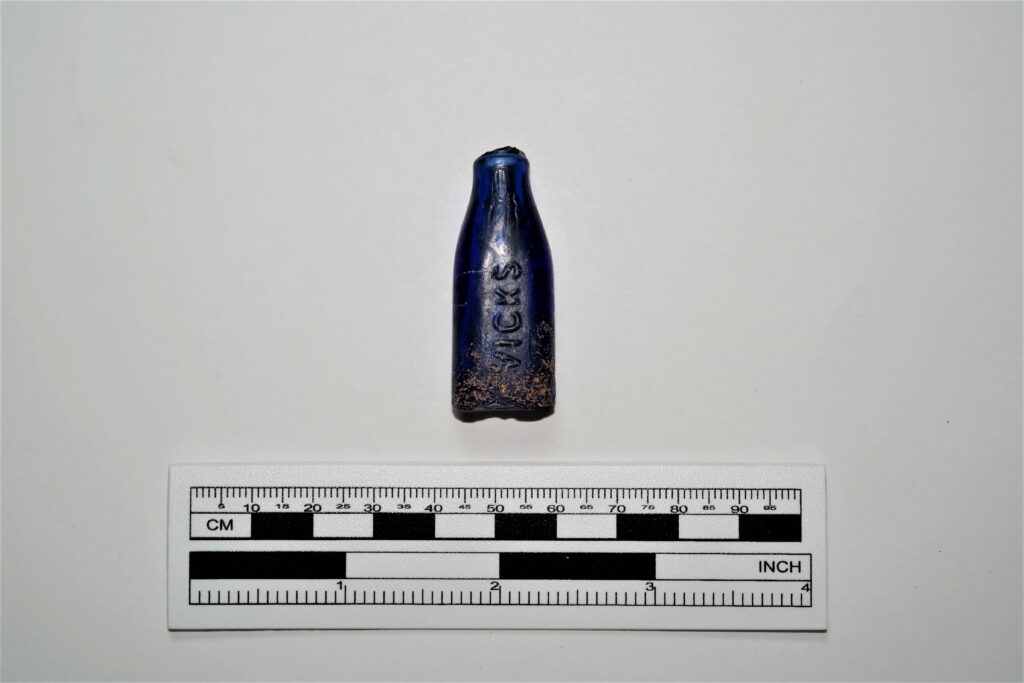 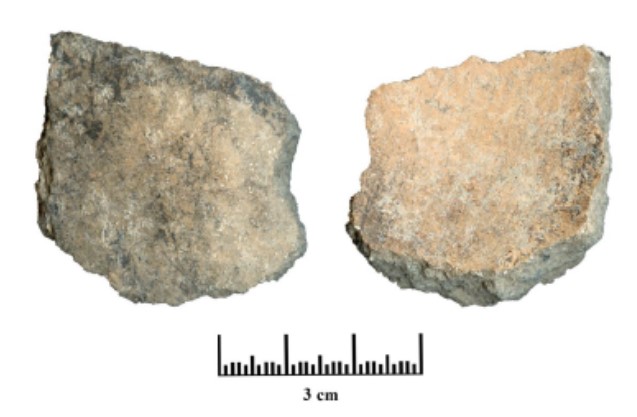 We found post-contact ceramic sherds during excavations at Goliad State Park’s Historic District. It was a Native American pottery type also known as “Goliad Ware.” This sherd is bone tempered, which means the clay used to make the pottery was tempered using crushed pieces of bone to prevent the vessel from cracking when fired. Other common examples of temper are shell or grog (crushed pottery).

This piece dates to the Spanish Colonial Period (1492 – 1832), making it post-contact. Pre-contact sites, such as the Gault site in Central Texas, provide evidence of Native Americans in Texas as far back as 14,000 years before present (BP), although pottery wasn’t associated with archeological sites until about 2,000 years ago.

This point is heat-treated and has serrated edges, showing signs of retouching. This type of point was hafted onto a shaft for hunting. The point dates to Early Archaic times (9,500 – 8,500 BP), which is significant because that time period is associated with the extinction of megafauna like mastodon and the large bison species Bison antiquus. These environmental changes triggered changes in the way people used natural resources and stone technology, such as this projectile point. The archeological record is supported by the warmer climatic conditions we know existed at the time. 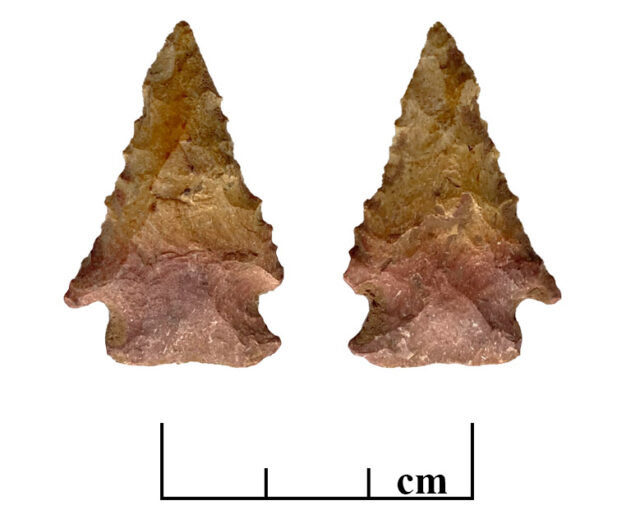 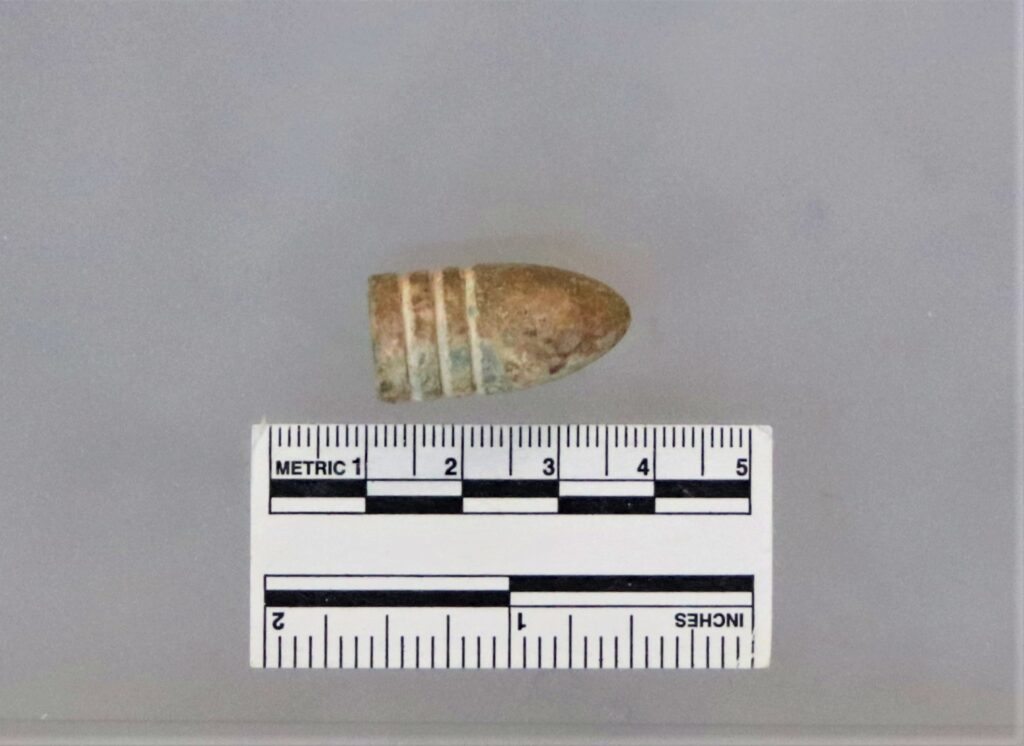 French Army officer Claude-Etienne Minié developed the Minié ball as a .58-caliber or .69-caliber muzzle-loading rifle bullet. The ammunition is cylindro-conical shaped, with a hollow base and three cannelure rings. Minié designed the projectile to accommodate quick muzzle-loading, which was ideal for the battlefield. The recovered Minié ball is lead and was produced in a mold. The ball dates between 1855 and 1865. This type of ammunition was one of the most frequently used due to its deadly accuracy; approximately two billion were produced for the Civil War. Both the Kirk Corner Notched Projectile Point and the Minié Ball were found during a natural gas pipeline survey in Rapides Parish, Louisiana.

A lot of what you see in museums today was found during excavations like the ones I’m fortunate enough to conduct. The experts added a few of those items to historical artifact databases thanks to our efforts. It’s not every day you can put “Unearthing the past” on your resume or a job description. Who knows what we’ll find next! 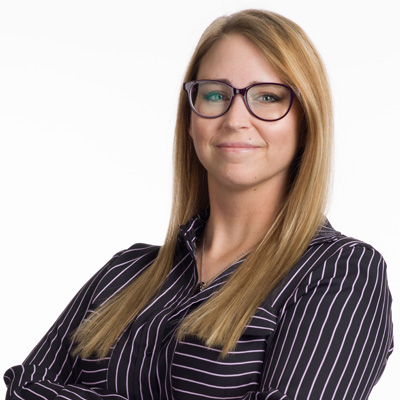 Lauren has nearly a decade of experience in field archeology and lab work, helping to find, curate, prep and organize artifacts from various sites, some donated to museums across Texas. She was also recently appointed to the Council of Texas Archeologists’ Curation Committee. The committee has a role in laying the foundation for every archeological project in Texas and influencing state laws related to the preservation of collected materials. She has a bachelor’s degree in Nautical Archaeology from Texas A&M University and a master’s degree in Archaeology and Ancient History from the University of Leicester.