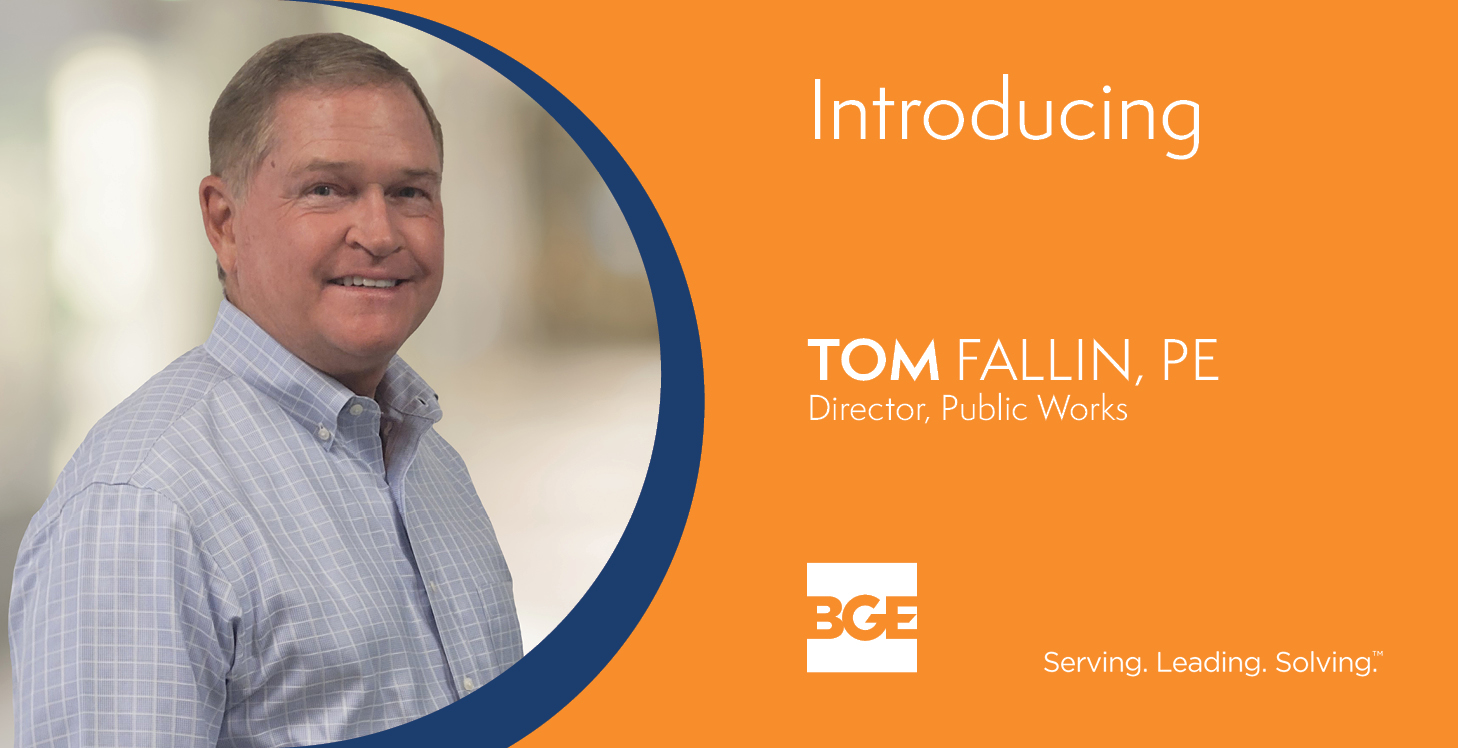 BGE, Inc. announced today that industry leader Tom Fallin, PE, has joined the firm’s Jacksonville office as director of Public Works. With his addition, BGE continues expanding its engineering services into the public sector market in its Southeast region.

Fallin brings more than 36 years of experience to his role at BGE. He specializes in planning, design, construction, and program and project management for public entities, including the U.S. Army Corps of Engineers (USACE) and municipal government. Fallin began his career in the USACE and most recently served as the city engineer for the City of Jacksonville, FL.

“Our growth in the Southeast has reached a level where we are ready to establish our presence with public sector clients,” said Randy Randermann, Southeast region operations leader. “As the region’s first director of public works, Tom brings a wealth of experience that will be leveraged across a number of plans and projects in Jacksonville, North Florida and the Southeast region.”

Fallin also is a retired LTC in the USACE, having served more than 20 years across the U.S. and on overseas assignments. Fallin is active in several professional organizations, including serving on the boards of the Northeast Florida Branch, American Public Works Association and the Jacksonville Post of the Society of American Military Engineers. Outside of work, Fallin enjoys golf, running and, most importantly, watching his local grandchildren participate in soccer, baseball, dance and other activities.