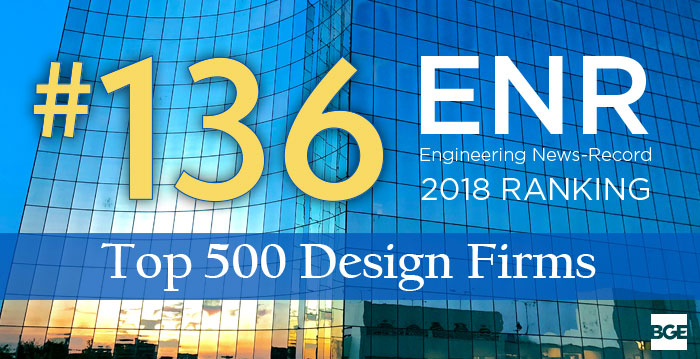 This is an increase from the ranking of No. 142 in 2017. As evidence of their growth, the company recently opened a second office in Austin, and expanded its Frisco operations.

ENR provides the ranking of engineering firms annually. Companies are ranked according to revenue for design services performed in 2017.