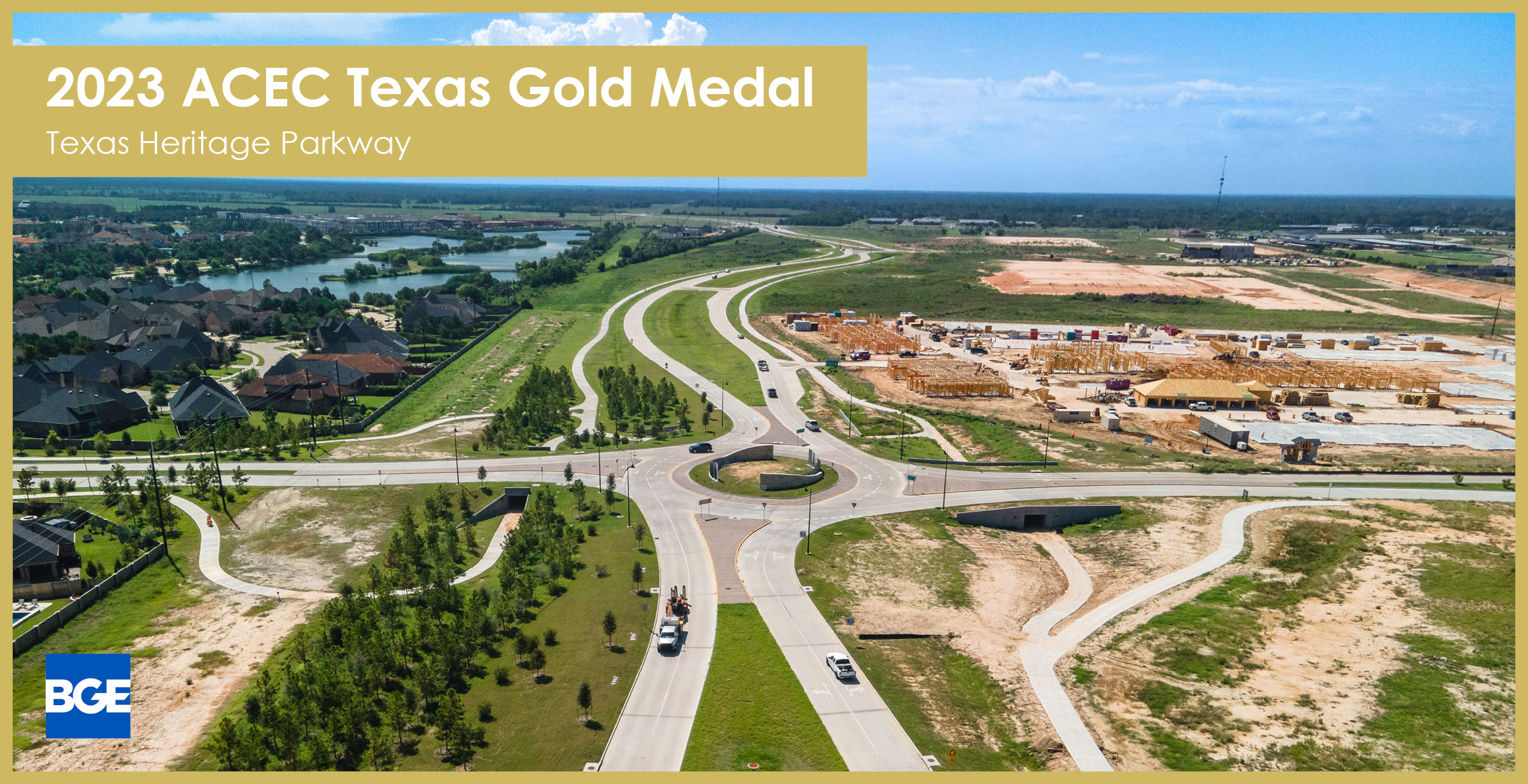 BGE has won a Gold Medal in the Engineering Excellence Awards competition for its Texas Heritage Parkway project, a 6.3-mile north/south roadway that connects to two east/west corridors (FM 1093 in Fulshear and IH 10 in Katy) in Fort Bend County.

Another interesting feature of the project is that BGE included buffer space along the outside of Texas Heritage Parkway, as well as a 10-foot-wide walking and cycling trail. To minimize safety issues at the point where the trails meet intersections, BGE designed illuminated tunnels that go underneath the roundabout intersections.

BGE has been involved in every step of the project that goes back 15 years when it was first envisioned by developers and county planners. BGE was heavily involved in the preliminary planning and design work. And, when the idea finally became a project, BGE became the program manager, responsible for all aspects of design and construction management.

One of the most challenging aspects of the project was that BGE had to incorporate the input and manage the coordination among all the stakeholders: 10 landowners, four construction contracts, six pipeline companies, two counties, two cities and one state agency. Whew!

The Engineering Excellence Awards competition has been held annually since 1975 by the American Council of Engineering Companies (ACEC) to recognize outstanding achievements within the engineering community. By winning a Gold Medal at the ACEC Texas competition, Texas Heritage Parkway now advances to the national ACEC competition.

Ranked No. 105 in Engineering News-Record’s 2022 Top 500 Design Firms, BGE, Inc. is a nationwide consulting firm that provides a comprehensive range of engineering, environmental, surveying, construction management, and planning and landscape architecture services for public and private clients. Founded in 1975, the firm employs 900 people with offices in Texas, Arkansas, Florida, North Carolina and Georgia.