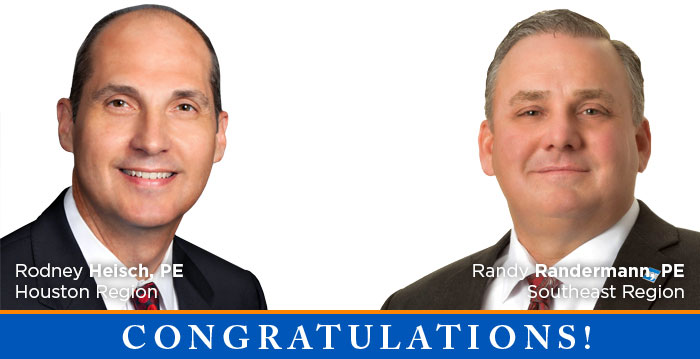 Heisch was named Houston Region Operations Leader. He previously served as Director of Land Development in Houston. Heisch earned his bachelor’s degree in civil engineering from The University of Texas at Austin and an MBA from the C.T. Bauer College of Business at the University of Houston. He joined the BGE team in 1990.

Randermann will serve as BGE’s Southeast Region Operations Leader and will focus on the company’s strategic growth and expansion in the southeastern United States.